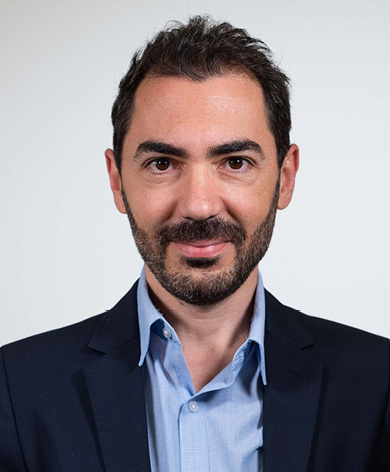 Associate Professor of Astronomy and Astrophysics

I am associate professor of Astronomy and Astrophysics at the Physics Department of the University of Rome "Tor Vergata" since 2017.

I graduated in Physics at the University of Rome "Tor Vergata" in 1995, with a thesis on the anisotropies of the cosmic microwave background radiation.

In 2000 I obtained my PhD in Astronomy from the University of Rome "La Sapienza", with a thesis on the analysis of the data of the MAXIMA balloon experiment.

Between 1998 and 2000 I was a visiting student at the University of California, Berkeley, and at the Lawrence Berkeley National Laboratory, in the group of prof. George F. Smoot (Nobel Prize in Physics 2006). At that time, I collaborated with the MAXIMA balloon experiment, one of the first to produce high-resolution maps of the cosmic microwave background radiation. MAXIMA results produced precision measurements of cosmological parameters, and one of the first evidences that the universe has large-scale Euclidean geometry.

From 1996 to 2012 I was a member of the Planck collaboration, an ESA satellite for the study of cosmic background radiation.

Currently, my main research interest is astrobiology, in particular the study of the astrophysical factors that contribute to the habitability of planetary environments and the development of remote investigation techniques for biological markers. Previously, my research has covered a wide range of topics in cosmology and theoretical astrophysics, from the study of the primordial universe to the problem of dark matter and dark energy.

I am the author of over 100 publications in peer-reviewed international journals, as well as dozens of contributions to volumes and conference proceedings, with a total of over 17,000 citations (h-index 53). I have been co-I or PI of numerous national and international research projects.

In parallel with teaching and research, for many years I have been active as a science popularizer, regularly participating in radio and television programs, and writing for the main national newspapers (including Repubblica, la Stampa and il Post). I gave hundreds of public conferences for several prestigious organizations and institutions, including the Accademia dei Lincei, the Genoa Science Festival, the Rome Science Festival, the Wired Next Fest, the Turin Book Fair and TEDxRoma. Since 2014 I have been writing an astrophysics column in Le Scienze (Italian edition of Scientific American). I have written nine popular science books.

Most of my scientific papers are available on ArXiv and/or ADS.
For a full list see also:
Google Scholar citations
Scopus Author ID: 56227420000
ResearcherID: U-6167-2017